First new kids of the year 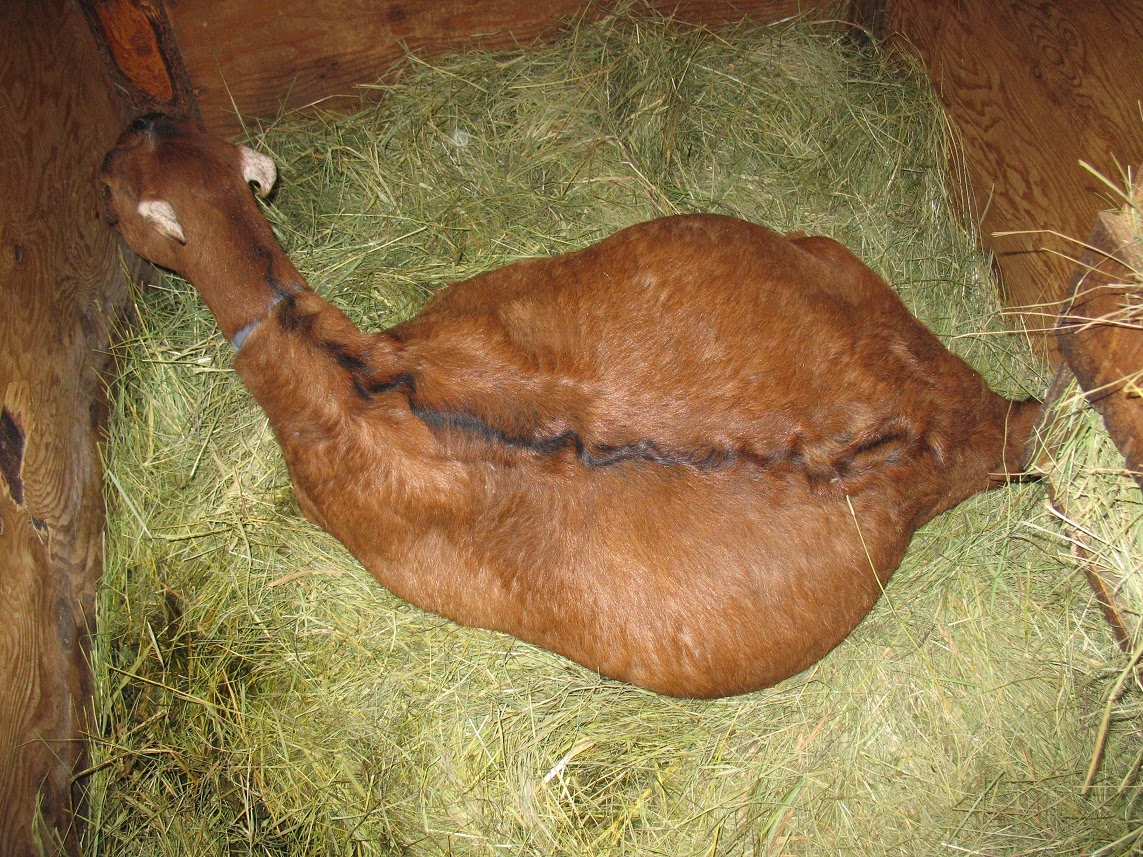 Here is a picture of Speckles before giving birth.  Doesn't that look like there should be triplets in there?  She's had triplets twice before.  But, she had twins instead.  Nice healthy kids, but only two. 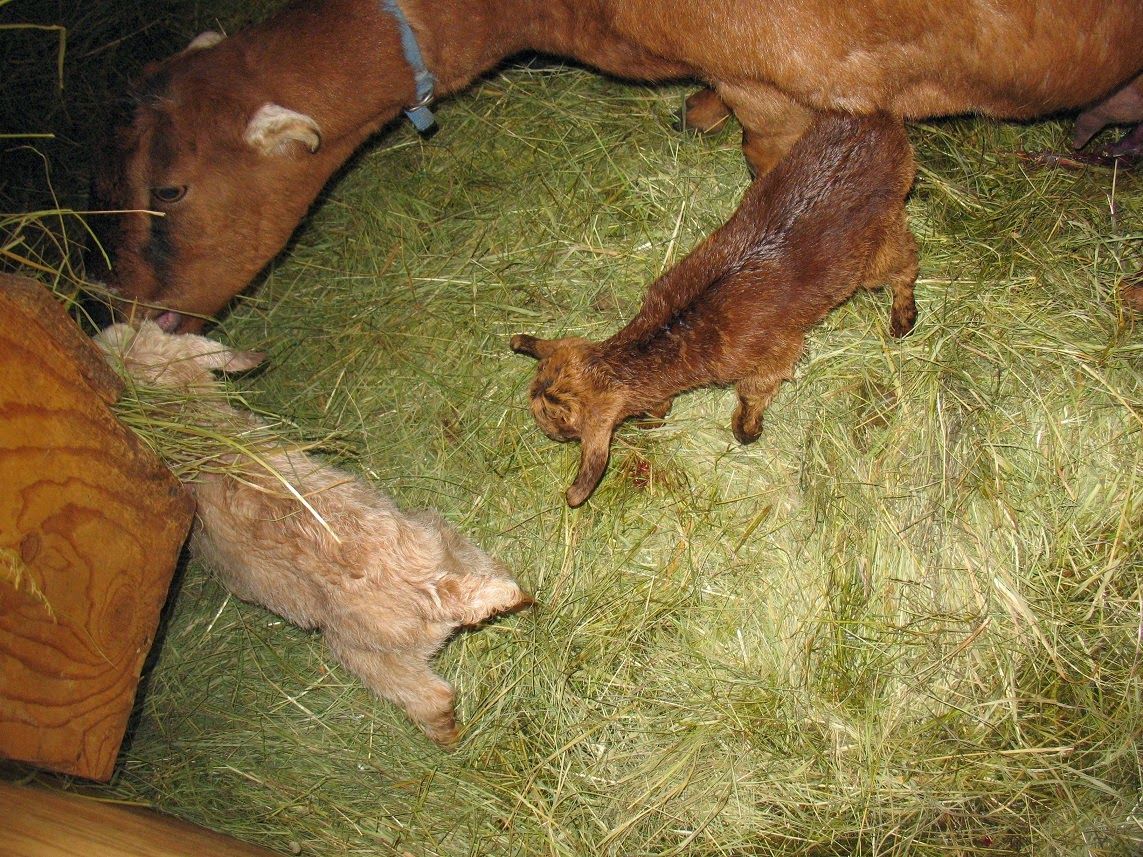 The brown one is a little doeling I named Matilda, and the oatmeal colored one is a little buckling that I let the 5 year old neighbor girl name.  She named him Magic.  He was a little weak in the pasterns at first, but he's normal 24 hours later.  They were born on April 1st.  Matilda came out first at 1:30 pm, then 45 minutes later Magic came out, backwards.  It took seemingly forever for his head to show up!   I really was expecting triplets, but the afterbirth came out next, and nothing else.  Oh well, I guess that's good since they are half dairy, half cashmere and not pure of either kind, although I think Magic might have some good cashmere.  He's a lot fuzzier than Matilda.  Time will tell.  I'll be selling both of them, though.  Matilda has some really long "airplane" ears!
As usual, everything happened at once.  The Forester that was coming up to sign off the latest thinning project I did arrived just as Matilda came out.  At least I had time between births to take him out into the thinned area to see what I'd done.  He approved, so a check is coming soon!  After I get done with the cashmere this spring, I'm signing up for another section to thin.  I feel much safer from a forest fire now.  The area below the house and to the side is thinned nicely and now the dairy pasture side is, too.  The hill behind the house is already pretty good, so now out behind the goat pens needs done, then the house and goat area will be fairly safe.  Of course an ember could start a fire anywhere, but at least a wall of flames can't consume the place now.
Sam was right outside the barn door the whole time, and he didn't leave that area until after I completely closed the doors on the barn that night.  He was guarding quite well.  I don't know that I'll trust him with the kids though.  He was a little too anxious to see them.  Speckles doesn't like him at all, so I'm keeping him away from the area now.  Since Sam isn't quite a year old yet, he'll be 1 on the 20th of this month, I think he might decide to use the kids as toys to play with, so he's banned from the area till they are a lot older and he is too.  I might have to buy a muzzle for him or something so he doesn't bite or chew on anyone.  He didn't last summer with the bottle babies, but he's bigger now, so who knows.

The snow is starting to melt around here finally.  I'm seeing the garden beds again.  I've started the yard clean-up.  3 dogs sure make a mess of things!  I have a lot of raking and picking up of things to do!

I got three more goats combed today.  Arianna was a real pain to deal with.  She wouldn't get up on the stand no matter what, so I had to comb her on the floor, which was not comfortable at all.  She wouldn't stand still for very long at a time, and kept laying down.  Thank heavens her cashmere was coming off easily and it didn't take very long to do.  Glad this is only a once a year ordeal. :-)  She's 8 years old this year, you'd think she would know the routine and behave.  Her two kids that I've combed so far did much better than she did.  They both jumped up on the stand and stood pretty still the whole time.

I hauled up some compost to the green house today.  I'll plant some salad greens in there this week-end and have some early salads this year.  I try to buy mostly local food, so I haven't had a salad here at home since the garden froze last fall.   I'm looking forward to a fresh salad!

The next kids are due around the 15th, so I'll have time to get these kids nice and tame before the cashmeres start being born.  I'm going to sell a bunch of goats this year.  This number is just too many for me to handle well by myself.  Some will go in the freezer, and the rest I'll sell privately.  There isn't a sale yard around here, and hauling them over to the Spokane area would eat away any profit I'd get, so private sales are what I'll do.  I'll be selling mostly wethers, so if anyone wants some goats for weed/brush control and/or pets that have good cashmere, too, let me know.