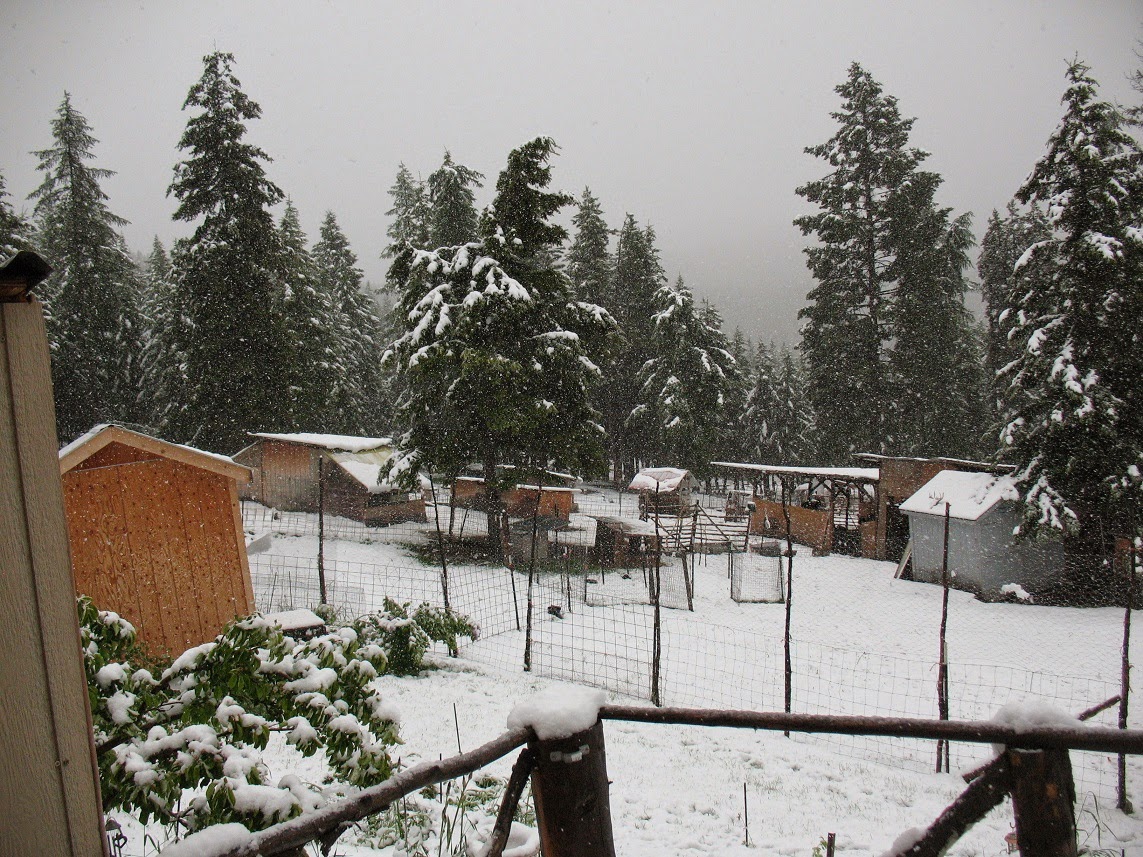 The three inches of snow we got on June 17th.  Yuk!  It flattened all my flowers except the irises.  Most of them have recovered, except the oriental poppies, they are going to be blooming on the ground instead of way up in the air.  The lilacs straightened back up.  This is the first year they have bloomed.  Every year they have either been attacked by deer or goats.  They were so pretty and smelled so good! 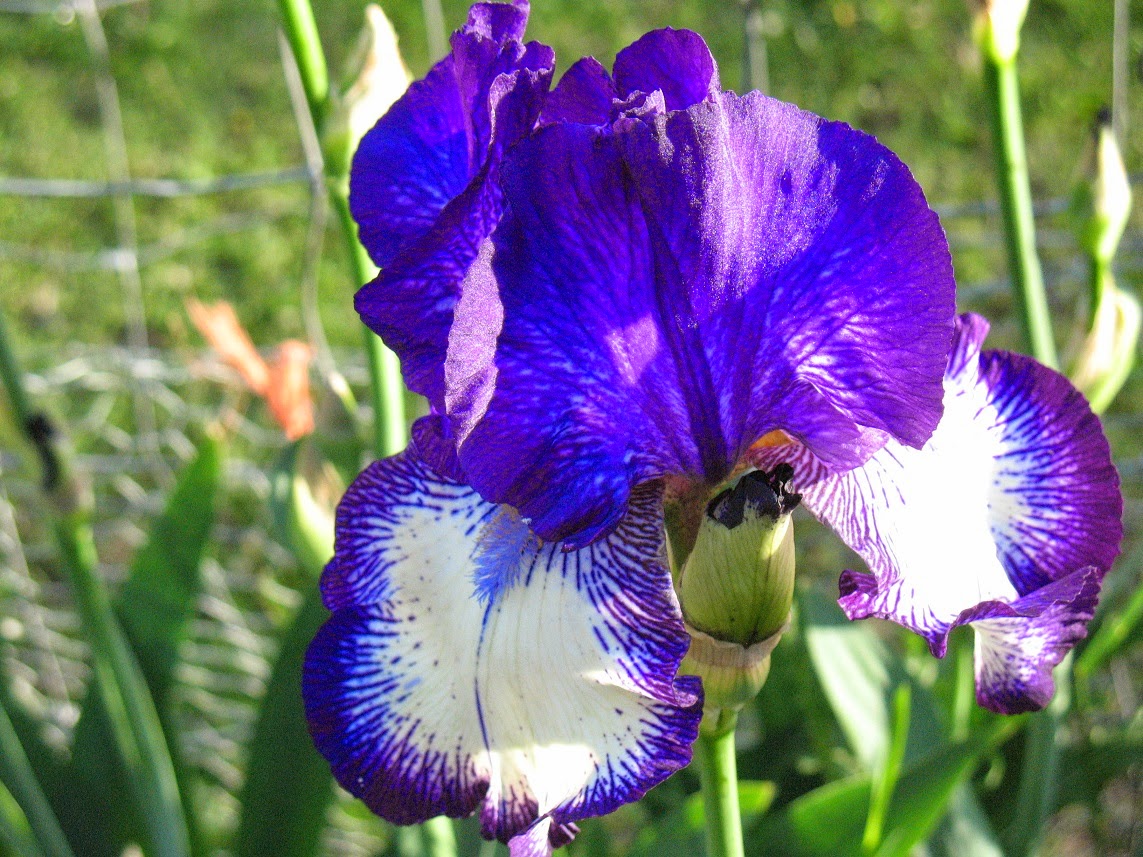 This is one of the irises I have in the front of the garden that are all blooming now.  They are so pretty.

I've had a stressful week.  Oksana got sick the day after the snow melted.  Thursday of last week.  I read all my books on goat care and still couldn't quite figure out what was going on.  I called the Vet and he came out on Monday and decided it was Vitamin B deficiency.  She was so wobbly and staggering around, her brain wasn't functioning properly.  I held her while he gave her a shot of b vitamins in her neck vein, then he gave me the rest of the doses to give out every 12 hours.  I did that for the first two doses, and didn't really see any improvement.  I read in Pat Colby's Natural Goat Care book that it should be every 6 hours and at a bit higher of a dose than the vet gave me, so I gave the rest at 6 hour intervals instead.  She perked up and started improving with that.  I also made up a "power" water concoction of blackstrap molasses, raw honey and lemon juice, with a tiny pinch of cayenne in water and squirted that into her mouth with a syringe.  Plus an herbal concoction I made up.  She is almost back to normal now.  I came so close to putting her down yesterday morning.  She wasn't doing so well at all.  But I decided to finish out the last vitamin shot, I had one left, and keep up the water and herbs one more day.  By yesterday evening she was getting stronger.  She only got stuck on her side once last night and is now able to get up and down by herself.  Her back legs still aren't quite back to normal, but they are close.  Her brain is back, too. A couple more days in the "isolation ward" and she should be back to normal.   I went out with the jar of power water and syringe to see if any of the other goats wanted any.  A few of them came up and sucked down a good dose or two.  I poured some in their water, too.  They had a choice of plain water or the power water.  I saw the power water was all gone when I went out later.

I sold 23 goats a couple of weeks ago to a guy over by Spokane, WA for weed control.  Now I'm back down to 61 goats.  Much more manageable number than 96!  That was just too many for me to take care of by myself and also do everything else around here single handedly.    It was sad to get rid of them.  I sold all the wethers, plus 5 of the does, and the dairy crosses.  The wether pen was so empty.  I had a good cry after they left.  Now I'm not really missing them all that much except for Lincoln.  He has been around here for a few years and has a unique, rather strange, personality.  Now Bart, Poppy, Lupine and Dottie's last kids are in there.  They look so small compared to the big wethers.  ☺

Sam is actually turning out to be a decent LGD!  He goes out into the pastures with the goats and stays with them, at least until they come back for water, then he decides they can fend for themselves and takes a nap.  I'll give him a little leeway since he's only a year old.  I think as he ages, he'll become more responsible.  At least he goes out with them, which is more than Nellie does.  If I go out, she will, but if not, then she just stays in the yard.   Sam is keeping the deer out of the yard, which is good.  I'm trying to convince him he should keep them off the whole place, but he's not prepared to patrol all day and night. :-)

Well, that's the excitement for now.  It's  rainy day so I don't have to water anything today!
Posted by Ann Keenan at 2:40 PM 2 comments: